With technology continually innovating, it has become an integral part of our society.  Technology has allowed our society to advance in many ways, including advancements in communication, entertainment, information sharing, access to goods and services, and much more.  Technology has taken over many sectors of our lives, in particular, youth are greatly affected by technologies reign because they have been born and raised into our technological lifestyles.  Unfortunately, many of the benefits of technology come with innate harms.  Technology addiction is a real threat to our society, and it is changing the way we behave and think.  It is important that we find ways to prevent and protect our society from technology addiction and its effects, particularly for our youth who are most susceptible.

The Danger of Technology Addiction

Technology addiction is categorized as frequent and obsessive technology-related behavior increasingly practiced despite the negative effects of the behavior.  This can include constantly checking your phone, playing video games for hours at a time, using the internet or social media excessively, and much more.  As technology has become increasingly popular, we have been able to observe some of the downsides and negative effects of technology, including technology addiction.  In fact, researchers have found that those who are addicted to technology show similar brain patterns and neural patterning to those who are addicted to substances.  Overuse of technology can create damage to the brain systems similar to that of a substance abuser, affecting emotional processing, attention, and decision making.  This can be incredibly problematic, and statistics on technology addiction help to back up the notion that this is becoming a serious issue in our society.

Not only are more and more adolescents becoming addicted to technology, but they are beginning to feel it as well.  Results from a 2016 Common Sense Media Report found that 50 percent of teens feel addicted to their devices, while 59 percent of parents report believing their kids are addicted to technology devices.  The majority of teens reported feeling the need to immediately respond to texts, social media messages, or check their notifications constantly, all of which are symptoms of technology addiction.  Additionally, a 2018 Pew Research Report showed that 45 percent of teens reported using the internet “almost constantly” using the internet several times a day, or even several times an hour.  In addition to this, roughly 95 percent of teens have access to a smartphone, making these statistics applicable to nearly the entire adolescent population in the United States.

In addition to smartphone use and the internet, another notably popular form of technology is video gaming.  Video games are not only becoming more popular, but they are becoming increasingly abused.  Studies show that nearly 1 in 10 teens who play video games are addicted.  When we play video games our brains are in a state of hyperarousal triggering the release of dopamine, a neurotransmitter that promotes a feeling of pleasure and satisfaction and is a major part of our reward system.  Successes in video games can mimic the feeling of when we experience success or achievements in real life, which is a major part of what makes them so addictive.  Over time, excessive video game usage leads to overstimulation, or a current state of hyperarousal, this can cause difficulties with attention, managing emotions, controlling impulses, and tolerating frustration.  In addition to these behavioral issues, video game addictions have been shown to put teens at risk for the following issues:

Technology usage in teens nowadays has become astounding, with the average teen spending roughly 9 hours a day in front of a screen.  Granted some of these interactions are used for homework or educational purposes, but generally speaking the majority of that time is spent on entertainment.  If 9 hours a day wasn’t alarming enough, studies have shown that the highest level of technology engagers spend 15+ hours a day online.  By these standards, the average teen spends more time online than they do sleeping, at school, or spending time with other people.

While technology addiction has become a big issue in teens, they aren’t the only age group affected by it.  Roughly 27 percent of parents report feeling addicted to their phones, and some reports might suggest that this number is actually higher.  Approximately 2 out of every 3 people show symptoms of phone addiction.  One of the most common symptoms of mobile device addiction is a new term referred to as “nomophobia” or simply put, the fear of not having your phone with you.

If you suspect your teen may be dealing with a technology addiction of some kind, there are important signs and symptoms to look out for.  In addition, it is important that you and your teen are aware of the negative effects video games can have on your wellbeing, and why it is important to monitor usage.

If you suspect your teen may be suffering from a technology addiction there are fortunately many resources that can help.  Wilderness therapy programs are residential treatment programs that help teens resolve emotional or behavioral issues that are impacting their lives, which may be a result of an addiction, including technology addiction.  These programs have been shown to have profound effects on addiction, as they remove the individual from the direct source and place them in the healing environment of nature.  Throughout the programming, your teen will participate in a variety of therapeutic and adventurous activities, teaching them to establish healthy coping mechanisms and skills to take with them into adulthood.  This can be particularly helpful when trying to break habits such as internet or video game addictions.

At blueFire wilderness, we specialize in the treatment of mental health and addiction disorders in adolescents ages 11 to 17.  Our wilderness therapy program provides teens with skills, healthy coping mechanisms, and the opportunity to develop their own strengths to help them overcome challenges in their personal lives.

For more information about our wilderness therapy program for youth at blueFire Wilderness, please call 1 (844) 413-1999 today.

Texting and Driving: One of the Dangers of Technology Addiction in Teens 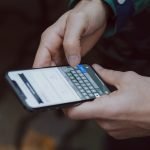 Game Over: How to Help Teens with Gaming Disorders 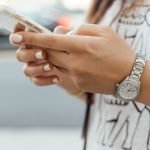 Previous reading
The Impact of Childhood Trauma on Teen Behavior
Next reading
Game Over: How to Help Teens with Gaming Disorders