Most every civilization of people have recognized the need for a journey into adulthood; without clear expectations, adolescents have a difficult time transitioning from boys to men. For many cultures, this involved a emotional, physical process that tested a boy’s courage, strength and perseverance.

In Vanuatu, men build wooden towers in upward of 100 feet and use vines as a bungee cord. Tying it to their ankles, they plummet toward the ground. “The higher a man goes, the manlier he is considered by the tribe.” For boys in an Ethiopian tribe, in order to get married, he must jump across the backs of four bulls. The rite of passage for boys in the Satere-Mawe tribe of the Brazillian Amazon includes being bitten by bullet ants for 10 minutes without making a sound. (For more interesting rites of passage, read the full article here.)
Though these seem as outdated, drastic measures or hoops to jump through just to be considered an adult, the idea behind them is the same. In order for a male to cross over from boyhood to manhood, there needs to be a change. The young boy knows what needs to happen in order to be respected as an adult.
Many experts even believe the lack of direction and decreased responsibility for teen males is leading to increased violence and high risk behaviors.

A boy needs a structure and discipline in which to learn who he is. He needs to live a journey that has clear responsibilities and goals. He needs a role in life. Without these, without the role training that accompanies these, he does not know his sacred and important objectives in life. – Stephen Johnson, Ph.D, director of the Los Angeles Men’s Center

Though most formal rites of passage for boys have disappeared in today’s society, there is still a need for adolescent boys to understand the behaviors and attitudes acceptable for men. This lack of understanding can result in teen’s physical aggression and behavior problems, as they do not know how to effectively communicate or peacefully resolve conflicts.
Traditional rites of passage go through three stages: separation, transition and re-incorporation. Adolescent boys can still achieve the results from a traditional rite of passage experience through a wilderness summer camp or wilderness therapy program.

To learn how a wilderness summer camp and adventure therapy can help your teenage son, call us today at 844-413-1999.

Why Wilderness Therapy? A Teen’s Inability To Reason 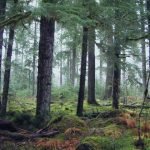 The Benefits of Wilderness Therapy Explained