A recent study has confirmed something many parents have been worried about: violent video games are linked to worsening teen social issues, but not in the way many think. Instead of it being directly the violent material’s fault, researchers think it’s the avoidance of social interaction that is problematic–not the gaming itself. Psych Central recently covered the study conducted by Brigham Young University.

In the study, they found that those struggling with social issues were much more likely to turn to violent video games or other forms of media. Then they would continue to engage at a higher rate, thus worsening their already present teen social issues.

In the article, the researchers made sure to explain the 3 separate categories for adult and teen social withdrawal. One is really problematic, the other two not so much.

What a parent can do

The researchers in the study believe media use becomes very problematic when it starts to replace social interaction. This is when teen social issues that are small begin to grow because their social skills begin to halt and shrink. As a parent, you can intervene.
Ask your teen what they’re into–art, theater, soccer, etc. Once you’ve found out what it is, offer to help them get into an after-school activity that involves that interest. If it’s art, maybe an after-school art class would be desirable. This gets your teen doing something they like and gets them involved with other people. 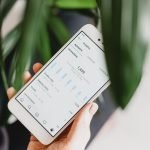 Back to School Issue with Tech: Technology Addiction Treatment Centers