The loss of a parent can hit anyone hard at any age—but as an adolescent, things are even more volatile. The teenage years are confusing and distressing; parents act as a guide and support system through all of the chaos.
It doesn’t help that our society leans away from needing therapy and treating mental health issues. People tend to act as if mental health issues are for the “weak” and that they aren’t very common—but the opposite is true. The loss of a parent can cause serious mental health struggles that require help from professionals to deal with.

Prince Harry sought out counseling after his mother passed away

One of the reasons society holds the view that it’s not “okay” to seek out help from professionals is because few public figures step up and speak about their own struggles with mental health.
Recently, Prince Harry of the Royal Family spoke about his counseling after his mother—Princess Diana—passed away. Prince Harry has already been a strong advocate for mental health and this just bolsters what he’s been supporting the past few years.
In an interview with The Telegraph, he spoke about how his mother’s death affected him. He described the early years as “total chaos.” He explained what the loss of a parent did to him at 12 years old:
“I can safely say that losing my mum at the age of 12 and therefore shutting down all of my emotions for the last 20 years has had a quite serious effect on not only my personal life but also my work as well.”
He said that his way of coping with the loss was to not acknowledge it. To not even think about his mother because he figured it would just make him sad, so why do it? He tried the “fake it ‘till you make it” approach, which ended up failing him.
He described what it felt like to have it all rushing at him at once, almost two decades later:
“I started to have a few conversations and then, all of the sudden, all of this grief that I’d never processed came to the forefront. I was like, ‘There’s actually a lot of stuff here I need to deal with.’”
He sought out professional help and now feels that he’s in a much better place—one where he can process and deal with the loss of his mother, not hide from it.
If we don’t process trauma properly, it will most likely follow us into adulthood, as it did for Prince Harry. If you believe your child is struggling with a mental health issue, it’s imperative to seek out professional guidance.

blueFire Wilderness can help your family

blueFire Wilderness is a wilderness therapy program for teens. We help troubled teens, ages 11 to 17, grappling with depression, ADHD, the loss of a parent, addiction, defiance, and other emotional or behavioral problems.
We understand that this is a difficult and confusing time for the whole family, but we’re here to guide you through it. At blueFire, we strive to help each client find their inner confidence and succeed.
For more information about how we help with the loss of a parent at blueFire Wilderness, please call 1 (844) 413-1999 today. 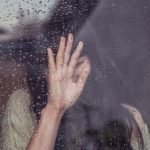 Coping With Grief on Memorial Day

Previous reading
What Are My Child’s Options for Bipolar Disorder Treatment?
Next reading
New Machine Could Aid in Identifying Depression Diagnosis