We Are Hiring
A new trend is sweeping over the nation’s teens: “designer drugs.” The easy-to-access synthetic hallucinogens and stimulants increases a teen’s ability to find drugs, making substance use and addiction top of the list for teenage behavior issues. Due to the unknown properties and inability to control availability, new designer drugs popular among teens are resulting in serious consequences. According to Komo News, just trace amounts of some drugs, such as NBOMe (a designer LSD) or White Lightening (bath salts), cause “seizures, cardiac and respiratory arrest and [sometimes] death.”


On the market and at home

Today’s teens have easier access to a greater variety of drugs. A marijuana synthetic, called “spice,” is now available in most smoke shops and is increasingly popular among teens, second only to marijuana. “Dirty Sprite,” made of mixing jolly ranchers, sprite and over-the-counter drugs is another example of designer drugs available to teens. According to NBC LA, the more deadly of homemade drugs includes smoking a mixture of rat poison and bath salts.
For many teen drugs, they are either cheap or can be made at home with common ingredients. In order to keep teens away from homemade drugs, be aware of the location and amount of over-the-counter drugs, household cleaners and pest control products in your household.

Though many parents have difficulty believing their child would get involved with substance use, the increasing availability of designer and home-made drugs make any teen a likely target. Be aware of teenage behavior issues related to drug use:

If you notice any dramatic change in your child’s behavior or attitude, address the issues immediately. Seeking help at the first sign of a problem can mean the difference between life and death, sobriety and addiction.

By creating a supportive, therapeutic environment for teens to overcome emotional struggles and teenage behavioral issues, we help to ensure the best chance for current and future success.


To find out more about specific drugs or their effects on teen mental and physical health, visit NIDA for teens. To learn more about how blueFire can help your struggling teen, call a staff member today at 844-413-1999. 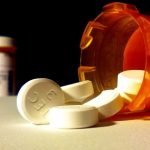 Why Wilderness Therapy? A Teen’s Inability To Reason

Transitioning from Boy to Man at Wilderness Summer Camp