Eating disorders in teens are a serious, prevalent and extremely dangerous condition that can affect anyone, anywhere. It is a sickness that unsettles its victim from the base of their basic needs, making them believe that they do not need or deserve food and nourishment. Those struggling with eating disorders do not see themselves or their physical appearance clearly and believing themselves to be undesirable and unattractive. The increasing rates of occurrence and young age that current youth begin to battle the development of these disorders is startling.

By age six, girls especially start to express concerns about their own weight or shape. 40-60 percent of elementary school girls (ages six to 12) are concerned about their weight or about becoming too fat. This concern endures through life. – Smolak, 2011

According to statistics taken from the National Eating Disorders Association, 80 percent of all 10-year-olds have a fear of becoming fat, and there has been a 119 percent increase in eating disorder related hospitalizations in kids under 12 years old from 1999 to 2006 (these stats can be seen on a graphic at cnn.com). With girls between the ages of 15 and 24, the mortality rate due to anorexia nervosa is 12 times higher than the death rates associated with all other causes in this age group.

Eating disorders in teens is serious and life-threatening

A review of nearly 50 years of research confirms that anorexia nervosa has the highest mortality rate of any psychiatric disorder. – Arcelus, Mitchell, Wales, & Nielsen, 2011

Is this your child? 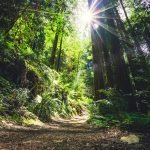 Your Brain Does Better with Sunshine: Outdoor Therapy for Teens