It seems that with every generation, disruptive teens are getting more and more out of control. It used to be just loud music, now it’s loud music, videogames, and lack of respect for elders. While some tension is unavoidable as a parent, when these tensions become a daily occurrence, it may be a sign of more serious issues.

The first step when dealing with disruptive teens is to make sure there aren’t any underlying problems causing the behavior. For instance, school refusal may be a result of bullying; not completing chores, a seemingly irresponsible action on the surface, may be a sign of ADHD. The list goes on and, as such, it is important for parents to openly talk with their disruptive teens. By making the children feel safe, they are more likely to open up about whatever is troubling them.


In some cases, however, disruptive teens exhibit oppositional behavior for the sake of testing limits. Common actions and emotions in disruptive teens include: defiance and rebelliousness, difficulty containing anger, impulsivity, low self-esteem, trouble at school, association with negative people, and even dangerous behaviors such as violence or substance abuse. Many disruptive teens will also attempt to engage the parents in power struggles – something the parent should avoid at all costs.
Growing up isn’t easy. As with the power struggle situation, many of the behaviors exhibited by disruptive teens are ways for them to discover their individuality. By opposing their parents, they feel empowered as human beings. In order to fight this mentality, it is important to set rules and teach them about consequences. Staying patient and positive is a good way for the parents to encourage their disruptive teens to follow suit – rewarding good behavior creates a system of support based on reinforcement as opposed to confrontation.
If your teen’s disruptive behavior is getting out of control, or you suspect deeper problems are responsible for your teen’s actions, it may be time to consider professional help. 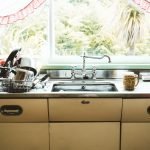 Why Your Weekly Chores Mean So Much