Around one in five children suffer from anxiety and depression, but they are often not diagnosed until they are teenagers or even adults. It is hard to recognize signs of depression and anxiety in kids who don’t have the vocabulary or emotional intelligence to describe how they’re feeling. Preventing teen depression involves recognizing a combination of early signs of physical distress and negative beliefs about themselves and the world.

How is Depression Usually Identified?

Until around mid-elementary school, most children are unable to get fully in touch with their emotions, including identifying emotions, describing physical experiences, and identifying possible causes. While they may be better than adults at crying for help or throwing tantrums to communicate their needs, they often don’t know why they are reacting the way they are.

Their moods may also change so quickly that they forget why they were upset by the time they have calmed down enough to begin to process. Even when parents recognize that their children are possibly in distress, children are less likely to use “depression scripts” when asked what is going on. Therefore, it is up to parents to guess what their child is feeling and decide if they might be at risk of developing mental health issues in adolescence.

As a result, the majority of kids under eight remain undiagnosed. While 15% of teenagers and 20% of adults have struggled with depression, only 2% of school-age children have been identified as clinically depressed. Some parents would prefer to wait to label their child as “mentally ill,” or hope that they will age out of their insecurity when they find activities they are more engaged in, but the earlier a child is identified as depressed, the more likely they are to learn skills that will reduce symptoms later in life. Early intervention is especially effective as children’s brains are still developing. The longer a child goes undiagnosed, the more problems tend to accumulate and they are more at risk for substance abuse and suicide.

If children are unable to appropriately reach out for help when they are young, the University of Vermont’s Medical Center for Clients, Youth and Families has proposed using artificial intelligence and machine learning to make diagnoses faster and more reliable for younger children.  Using a tool that is intended to cause feelings of distress, children between the ages of three and eight were asked to improvise a three-minute story that would be judged based on how interesting it was. The researchers used a machine learning algorithm to analyze statistical features of the audio recordings of each story and identified three features that were highly indicative of internalizing disorders: low-pitched voices, repeatable speech inflections and content, and a higher-pitched response to the surprising buzzer.

According to researcher Ellen McGinnis, “a low pitched voice and repeatable speech elements mirrors what we think about when we think about depression: speaking in a monotone voice, repeating what you’re saying.” The algorithm was compared to normal diagnostic procedures, including parent checklists and clinical interviews. It was found to be 80% accurate and only took a few seconds of processing (in addition to an estimated five minutes total for the task) rather than hours to provide a diagnosis. Another benefit of this task is that it feels less clinical.

Many children would feel more comfortable participating in a task that claims to want to measure their creativity than a task that wants to psychoanalyze them, especially if it is in a medical setting. As a result, kids are more likely to be authentic in their presentation as they are observed in more of their natural environment without the rigid structure of a clinical assessment.

How BlueFire Wilderness Can Help

We believe that teens are most authentic in a natural environment and have witnessed the power of wilderness therapy in strengthening students’ relationships with themselves and others. Without the pressure of a structured environment, students are free to explore their passions and dreams and begin to make personal long term goals.

BlueFire Wilderness Therapy is an adventure-based program for teens ages 11-17 who struggle with depression, trauma, and addictive behaviors. We work with students to build confidence, motivation, and leadership abilities through our adventure therapy program, which incorporates teamwork and problem solving skills into rediscovering your inner spark. BlueFire gives them the skills and tools they need to combat these behaviors and be on their way to a happy and healthy life. We can help your family today! 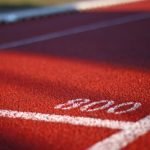 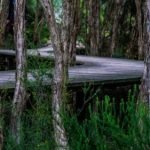 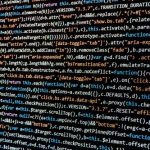 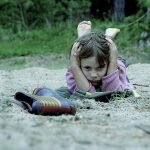 What is Borderline Personality Disorder in Teens?