Within society we are regularly discussing the issues with body image in girls. The sexualized and demeaning way girls are treated because of media, the high number of eating disorders, and the detrimental mental health issues are all common issues that are argued to be caused by poor body image in girls. What we forget to consider, is that these negative risks are just as likely to occur in boys as well. It’s not just girls, boys body image is also greatly affected by the unrealistic body image standards society has set. A recent article by The Huffington Post, discusses the struggles boy’s face from boys body image today.

Boys body image issues often go unreported or undiagnosed. Just as girls do, boys are internalizing body image messages every day from what seem to be harmless sources. The media portrays boy’s body image today as being muscular, strong, and fit. Boys are often teased for being small or overweight. Today, the most common desire for boys body image is to achieve six-pack abs, which is considered the gold standard of masculinity. A study found that boys and men linked being fat with weakness and lack of control, while being lean and muscular was associated with confidence and power.
As an adult, we have developed more control over our self-image and what we allow ourselves to believe from media. Unlike adults, kids are still figuring out who they are, making them much more vulnerable to cultural pressures. Monitoring boys body image early on is a good way to catch risks of eating disorders or the development of poor self-image. Talk to your son or daughter about how they view body image, be open to discussing issues they are having.

blueFire is a wilderness therapy program for struggling teens, ages 11 to 17. Our students often grapple with anxiety, depression, and other emotional or behavioral problems. At blueFire, we strive to help each client succeed.
For more information about blueFire Wilderness, please call 1 (844) 413-1999 today! 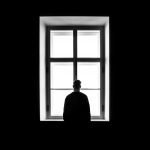 Symptoms of Depression in Teens 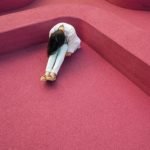 Depression in Teens: On the Increase

Previous reading
Parenting Styles: The Risks of Being the ‘Cool’ Parent
Next reading
Ways to Help Promote a Positive Teen Identity